Fun History About Drones For Beginners 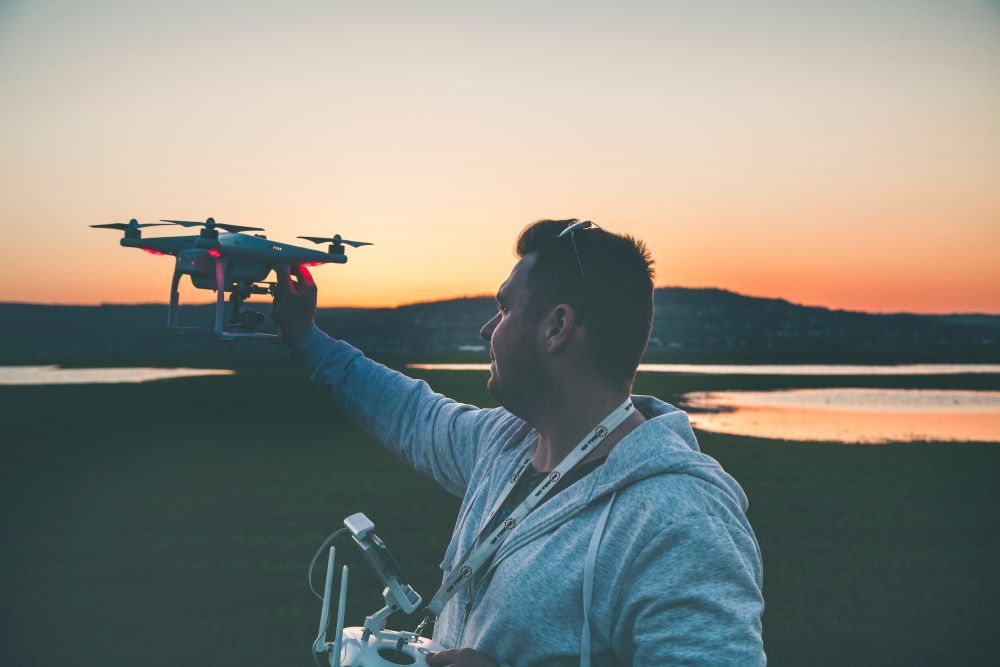 You probably enjoy flying your drone around the neighborhood capturing amazing aerial photos. Or you’ve made a career out of commercial drones. But do you know the history of drones? Do you know who made the first drone and what it was intended for?

Why are they called drones?

The term drone can either be used in reference to a male bee or monotonous sound that is sustained for long. The male bee is known for having a mindless existence, buzzing around with nothing to do apart from impregnating the queen bee. Perhaps this is what inspired the name “drone” for unmanned aerial vehicles? After all, they just fly around with a droning sound with no minds of their own and at the whim of remote control. That’s at least true for recreational drones. 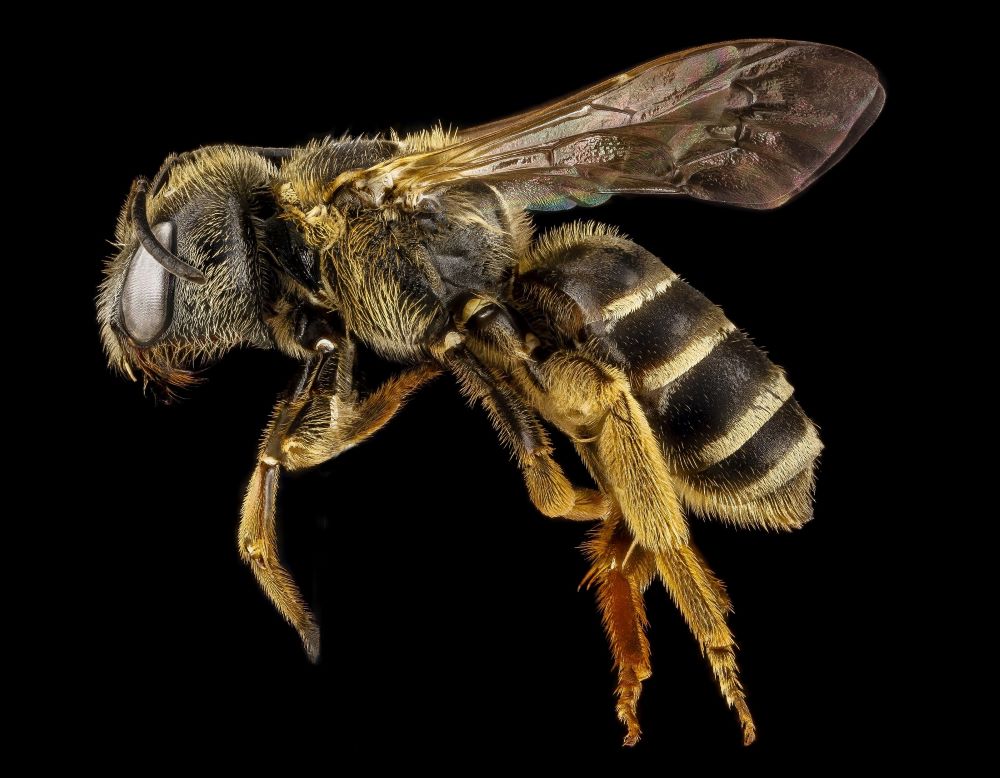 A robot is any programmable machine that is capable of carrying out given actions. This answers the question of whether drones are robots. Drones have software integrated into them and are remotely controlled to perform specific actions. They have transmitters that relay information to the drone. They also have sensors and GPS integration. So yes, drones are robots.

Who made the first drone and where was it first flown?

Drones were first used for military warfare. The first known drone was made in 1839 and used by the Austrian soldiers in an attack on the city of Venice. The drones were unmanned balloons that were full of explosives.

In 1900, the Wright brothers developed the Kitty Hawk Flight. 16 years after this, the Ruston Proctor Aerial Target was developed by Great Britain. It was the first pilotless winged aircraft and it was designed by Nikola Tesla. Just like today’s drone, the Nikola Aerial Target was remotely controlled using rudimentary technology. The main purpose of the Aerial Target was to counter Germany’s aerial warfare during the Battle of Neuve Chapelle.

The drone captured more than 1,500 sky view maps of the German defense lines. It was, however, abandoned because of its limited military potential after several prototype launches failed.

The Americans then developed the Hewitt-Sperry Automatic Airplane, which after impressive tests, paved the way for the more advanced Kettering Bug in 1918. The Kettering Bug was never used in any combat as the war was over by the time they finished developing it.

The improvement of drone technology for warfare continued through World War II and the Cold War. Both the USSR and the U.S. used drones to spy across enemy lines. However, militaries still preferred manned aircraft such as the SR-71 Blackbird in aerial combat, as they were more reliable.

In 1982, Israel wiped out the entire Syrian military fleet using drones and manned aircraft. They lost very few of their army personnel in the war.  The drones would give Israel the position of the Syrian military so they were able to launch well-coordinated attacks. They were also used to jam the Syrian communication systems and acted as decoys when attacks were launched.

Drone technology has continued to be used by militaries for tactical reconnaissance and to combat surveillance. In some instances, they have been used in taking offensive actions against enemies. The MQ-1 Predator, the renowned U.S. military drone, was retired in March 2018. Its most notable contribution was search and elimination of Al Qaeda mastermind Osama Bin Laden. 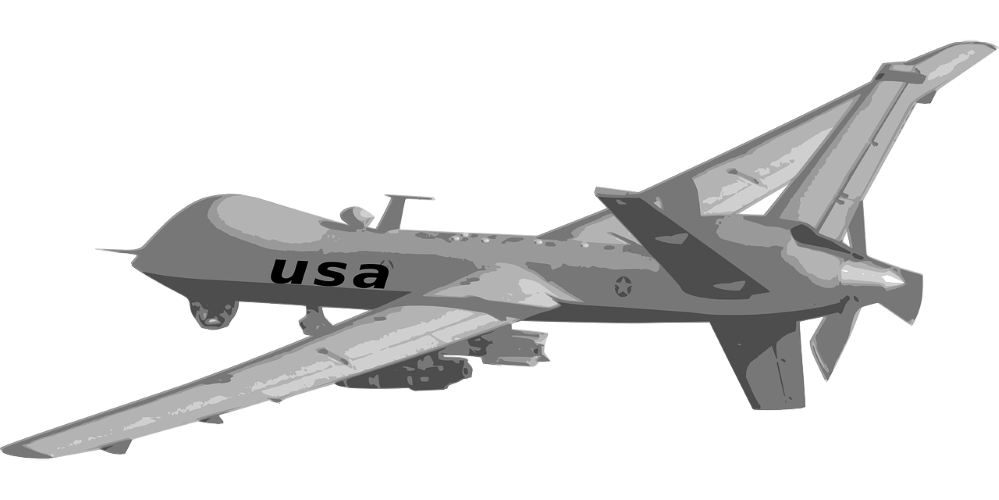 Drones started being used for non-military purposes around 2006. The government used them during emergency operations such as wildfires and disaster rescue missions. They were also used by corporations to spray pesticides on large farms and also the inspection of pipelines.

The U.S. Customs and Border Protection Agency also relied on drones to help in monitoring the expansive US-Mexico border.

Just like in the military, the advancement of drone technology in the commercial sector was also quick. In 2010, Parrot, a French company, launched the Parrot AR—a drone that was operated by a smartphone. It was the first commercial drone of its kind.

The drone industry became so lucrative that the editor in chief of Wired Magazine, Chris Anderson, left the publication in 2012  to start his drones company: 3D Robotics, Inc. (3DR). The company now deals in aerial photography and filming, serving utilities and telecom businesses, construction, public safety, and photography and film companies.

Amazon announced that they were considering using drone technology to make deliveries in 2013. The first known drone delivery was, however, done in 2016 by Flirtey—a drone delivery company based in Nevada. Amazon delivered its first package by drone, in England, much later after Flirtey.

However, the use of drones for recreational purposes is very recent. Recreational drones are also regulated by the FAA to ensure public safety and privacy is observed by drone owners. Unless your drone weighs less than 0.55 pounds and will be strictly used indoors, you are required by FAA to register it. By 2015, the Federal Aviation Authority (FAA) had issued 1000 permits for drones and the number has continued to grow over the years.

The Future of Drones

While the technology is being improved to equip drones with more features and capabilities, drone companies are striving to ensure that the drones are easy-to-fly in order to increase their market reach. Companies such as Altair Aerial have experimented with the idea of drone taxi services. The drone industry, both for military and civilian use, doesn’t look like it will be slowing down any time soon.

Artificial intelligence is being used in the development of today’s drones so that they won’t have to rely on human maneuvering expertise for direction and vision. This will reduce the number of drone accidents and fatalities.

With a little more knowledge of the history of drones in your head, you can enjoy every flight you take a little bit more knowing just how far technology has come since the birth of the drone.

All Posts »
PrevPreviousRacing Drones for Beginners: Comprehensive Guide
NextPurchasing a Refurbished Drone: Good Idea or a Waste of Money?Next