Can Drones See Inside Your House? Here Are the Facts! 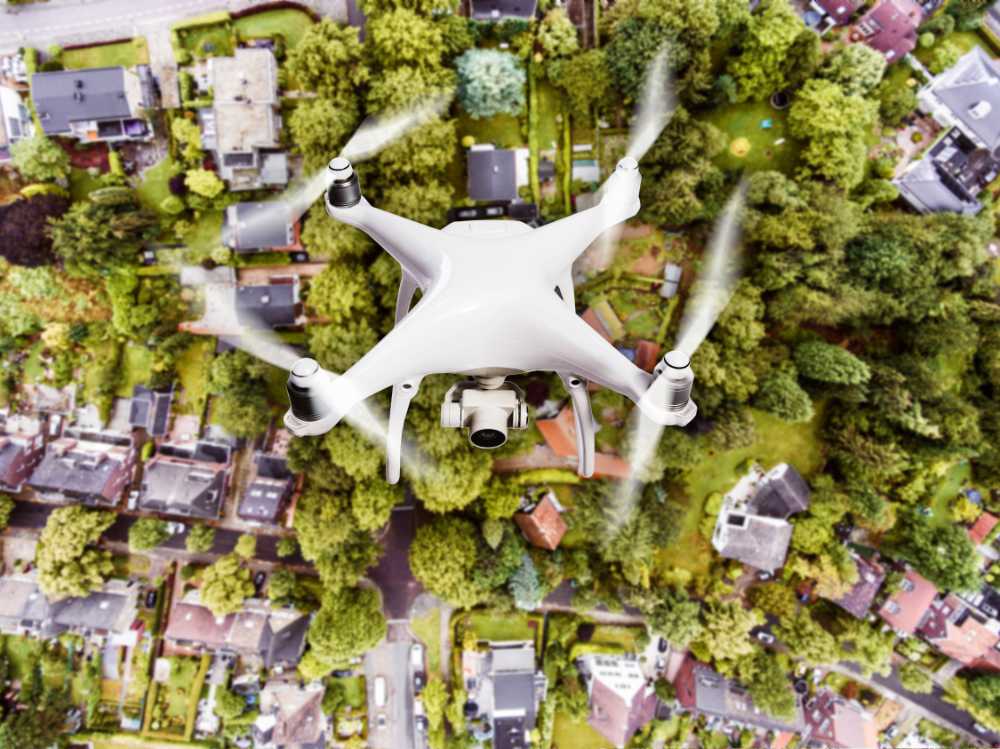 We live in an age where it’s nearly impossible to keep our private lives under wraps entirely. Some people become suspicious of TV surveillance and drones, particularly contemplating how much they can see.

Despite rapid improvements in technology and 3D imaging, drones cannot see through your walls into your house. The best they can do is create a 3D mapping of what they suppose is happening inside. Still, this technology is reserved for military use and likely won’t affect your life.

Let’s dive into the truth about what drones are capable of and why you shouldn’t be concerned about drones breaching the privacy of your home. Read on to learn more!

Can Drones See Through Buildings?

The average, everyday drone from Amazon is not equipped to spy on people through walls and ceilings. The only way this is possible is if it’s hovering in front of a window, and even then, its vision is limited. Even military drones technically can’t see “through” buildings.

Let’s say we’ve encountered a military-grade drone with the ability to see through walls. We must distinguish how we understand sight versus how a drone “sees.”

Drones don’t have x-ray vision. A drone with thermal or infrared attachments can see heat signatures through walls, allowing them to tell how many people are in a room and where they are.

Furthermore, some drones use WiFi transceivers to create an approximate model of an area they have never seen. One drone transmits a WiFi signal, and another receives it, creating a picture of an area based on how the signal travels through space.

Though a fascinating tool with many potentials, it doesn’t mean a drone can spy on you in your house. This allows the drones to map a static layout or environment. Picture a desk inside a room or a monument in a park.

The below video is an excellent demonstration of how drones create these maps using WiFi signals.

The method of “seeing” here is still a very new science that needs a lot of refining before it can be used for more advanced purposes, like search and rescue missions.

That said, this technology is not easily and readily available to everyone. This is being tested by roboticists and the military and is unlikely to be for sale to anyone interested in spying on their neighbors.

If civilians were to take advantage of this technology, they would probably be regarded with great suspicion by the government. This is because it can potentially assist in burglaries and other security threats.

The technology that allows drones to see through walls is still being developed and will not likely become available to regular people anytime soon.

The drones available to the public, though incredibly powerful, are not capable of being that intrusive.

This is because their cameras are designed to respond to reflections of light, just like our eyes, so they cannot “see” any more than a standard camera. Even mounting an infrared sensor on a drone would not allow you to see inside people’s homes.

Our home privacy is frequently compromised by things as low-key as website cookies and as evident as strangers loitering outside your front gate. However, a surveillance drone is almost certainly not one of these safety concerns.

Although a drone cannot penetrate your home’s walls, it can compromise your privacy and even safety in other ways that are equally intrusive.

How To Know if a Drone Is Spying on You

A drone will rarely be a safety concern within the confines of your personal property. Still, some people report having genuine encounters with drone users hovering over their homes and following them around.

If you are concerned that a drone is spying on you, here are a few things to look for that may confirm or deny this:

If you think you are being spied on with a drone, don’t shoot it down or disable it. Flying a drone in a populated area is legal, and if you cannot prove it’s being used in a harmful way, you will be liable for the damage.

Instead, confront the person you suspect is responsible or notify local law enforcement of your concerns. This requires you to gather sufficient evidence, however.

You can also take measures like downloading drone detecting apps like DroneWatcher or buying a radio counter-surveillance system or anti-drone radar detector device.

Keep in mind that it is legal to fly a drone in the US as long as it is used responsibly and remains in sight of the flyer.

You cannot accuse someone of spying on you or interfering with your daily activities because they are flying their drone in their backyard or a public space where it’s been deemed safe.

What People Can and Can’t Do With Their Drones

It’s essential to understand the rights and responsibilities of a drone owner and the laws surrounding drone use, whether you’re a drone user or a bystander.

Below is a discussion of US drone laws. This includes what is acceptable in private and public spaces and the repercussions of damaging someone else’s drone. Note that this discussion does not extend to commercial drone use.

Legal and Safe Drone Use

Using a drone should never be a concerning or intimidating experience for users or bystanders, so below are the laws and guidelines a drone user should obey when flying a drone:

Consequences for Illegal and Unsafe Drone Use

Using your drone illegally or irresponsibly, including using your drone to spy on or intimidate people, has consequences. Not just socially but legally.

The penalties for unsafe drone use include:

Bystanders who shoot down or damage drones can also be fined or even arrested, as this constitutes damage to personal property, even if said drone was being used irresponsibly.

The technology required for a drone to “see” through walls does exist. However, it is still in development and not available to the public. As a regular bystander, you will unlikely encounter a drone as a privacy concern.

Nonetheless, ensure that you are educated on local drone laws and safety, whether you are a bystander or a recreational drone user.